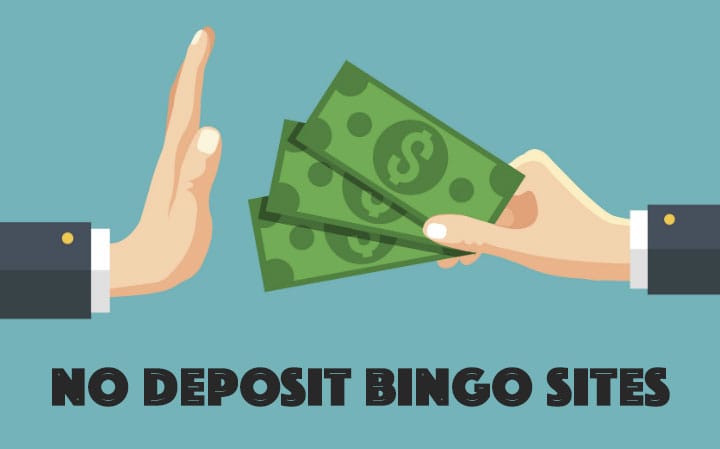 Online bingo has been growing more and more popular over the years, and it's become one of the most well-known ways that you can win real money online, but not everybody knows exactly how it all works. Is it safe? How does it work? And most importantly, can you really win real money through it?

Online bingo, at its core, is no different to the types of bingo you'd play in a physical bingo hall. The rules might change slightly, and there's no need to visit a physical location to play, but the general idea is the same: you get bingo cards or tickets for real money, use them to take part in the game and walk away with any winnings you manage to earn by getting a lucky line, full house or some other scoring combination! You might also end up with free bingo games from deposit balance bingo bonuses, a games bonus or from a promo code, but most of the time you'll be buying the tickets yourself.

All players will be in virtual bingo rooms, which act as chat rooms that also host the individual games. On most bingo sites, you'll be able to have multiple cards, and all players will be able to play at the same time. As the numbers are called out, the site will automatically tick off any matching numbers you have, and any winning combinations will automatically be called and confirmed. The games usually continue until a certain number of bingo balls have been called - for example, in 90-ball bingo, the bingo game continues until 90 bingo balls have been called out and then ends, regardless of how many people won.

Other than that, online bingo (free or paid) is very similar to other games! They offer your usual bingo fun without needing you to leave your room, the ability for players to create an account that keeps track of their winnings on the website and the same kind of luck-based experience you'd get with other games in person.

Yes! Online bingo, just like most types of online gambling, will offer players real cash prizes for wins on most bingo rooms. Even some free bingo rooms can have cash that's up for grabs, although these will usually be more restricted since they're aimed at newer players. If earned legitimately and without any bonus offers, the money will be real cash straight away: you just have to set up the withdrawal and take it out to your bank or E-wallet. There might be certain withdraw restrictions, but they're usually going to be minimum amounts.

There's an exception to this: bingo bonus funds. Any wins you make with a deposit bonus or another bingo bonus will usually have wagering requirements, which are limits that need to be met before you can withdraw your bonus money. For example, a £40 bonus might earn you £300, but the wagering requirements could be x10: this means that you have to deposit at least £400 (£40 x 10) to "unlock" your winnings. If you don't want this pressure, you can usually ignore the winnings until they expire, but it's obviously something that can seem surprising to newcomers.

New players might find a lot of new player first deposit bingo bonus features offer good benefits in exchange for higher wagering requirements. While you won't be able to walk away with a profit unless you get really lucky, you rarely have to use your bonus, so it's up to you to decide.

How Is It Possible?

Obviously the site has to make money, so some people will have unlucky streaks where they buy tickets and win nothing, but that doesn't mean that people can't always earn a profit from a bingo game. Bingo games are almost entirely random, so sometimes you'll finish a game with hundreds in bonus funds and other times you'll earn very little. The key thing to consider is that it's all fair. As long as the site is licensed and regulated by the proper authorities (such as the Government of Gibraltar Gambling Commissioner and the London Stock Exchange), you can expect them to treat bingo players fairly.

One of the differences that online bingo has over other gambling games is the fact that there are only so many bonuses sites can offer to players. Unlike slots, where a site might offer you free spins on a game you'll never play, a bingo site only really has free bingo rooms, bingo bonus funds and a first deposit bingo bonus for new players - this means that you're very likely to get a bonus funds offer, which can be much more useful for players who want to earn a profit on their game.

For new players, free bingo tickets or games can also be a useful tool for learning how bingo works and seeing the way that the game is meant to be played without having to spend your own money. Bingo isn't a complicated game, but it's one of the games that can change a lot with some subtle rule tweaks, and many sites offer various forms of bingo games that all have their own differences or altered rules.

Should I Play Real Money Bingo?

If you're interested in games bingo online, there's no better time to start! The market for the games is as huge as ever and there's hundreds - if not thousands - of sites to try online, many of which will give you free bingo games or other free bingo bonuses just for signing up! Registration is usually easy and you don't often have to put your card details in until you're actually withdrawing from the money bankroll, so real money bingo games don't have to be the first thing you try. Free bingo is just as accessible and has the benefit of costing you nothing, so don't be afraid to take some time and learn the ropes.

If you're interested in being a winner who walks away with hundreds in bingo winnings every month, a lot of it will be up to chance. Still, that doesn't mean you can't adjust things yourself. You have a lot of control over how you play. For example, maybe you'll delay your first deposit so that you can claim your first deposit bingo bonus a little later, or change how many bingo tickets you buy each time. Some people will even look for promotion pages or social media promotions to gather up as many free bingo tickets as they can every month, then go on a spree of free bingo to see what they win!

Whether it's free bingo or not, you're never guaranteed to win, but that's part of the fun - it feels all that more special when you watch your account's money suddenly jump by a few hundred from a lucky win, or hit a jackpot and watch as you earn dozens of free and no deposit bingo games and other bonuses to use later on! Nobody wins at bingo 100% of the time, but you never know when the bonus wins might suddenly be in your favour or when a promotional code might nudge you over the edge into winning an astronomical amount of money!